The Impact of Google’s Medic Update on Health Sites

Earlier this month, Google rolled out a broad core algorithm search update. While SEO insiders guessed at what was going on, it was officially announced by Google on August 1st, via multiple Twitter accounts. The rollout lasted about a week. Afterward, industry experts and webmasters reported significant SERP fluctuations. Health-focused sites were the majority of those affected, which lead to the nickname; the Medic Update.

What is a broad core algorithm update?

Put plainly, broad core algorithm updates are Google’s secret sauce — done frequently and we are usually in the dark as to what they entail. Google confirms updates, but they’re generally elusive about specific details, apart from; “changes designed to improve search results.” The algorithm updates cause both negative and positive impacts. With the Medic Update, we’ve seen changes in organic search results, local listings, and increases/decreases in site traffic.

SEO expert, Barry Schwartz reported on 300 sites that were directly impacted by the Medic Update, nearly 42 percent were health-based sites. 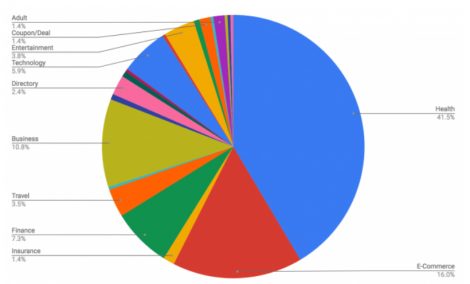 When Schwartz dug in, a former Googler claimed that it’s random; “It was just a happy coincidence that it impacted sites in that vertical.”

It’s important to note that within this 42 percent section are what Google considers YMYL sites—Your Money, Your Life. These sites generally offer advice, reviews, or affiliate links. Google considers these sites dangerous, when not coming from a place of authority, citing; “pages could potentially impact the future happiness, health, financial stability, or safety of users.”

SEO and Data Analyst Glen Skelton of Doctor.com told 10x digital; “YMYL sites in diet, nutrition, and medical devices niches were those who saw that greatest impacts. Our healthcare clients have not seen significant changes in ranking.”

No Quick-Fix Options for the Medic Update

As with previous updates, Google claims there’s no one fix for a site that’s performing poorly. Which can leave those who’ve lost their ranking feeling hopeless. SEO Vet, Glenn Gabe points out; “broad core ranking updates take many factors into account. There’s never one smoking gun. Instead, there’s typically a battery of smoking guns.”

Skelton also mentioned; “multiple locations across the country appear to have dropped in rankings in favor of smaller, locally based businesses.” This is positive news for SMB owners with legitimate healthcare and health-based sites.

How to Counteract Negative Effects of the Update

Health-based sites that are struggling with poor SEO should focus on organic and high-quality content, and avoid illegitimate YMYL angles. Focus on E-A-T standards—Expertise, Authoritativeness, and Trustworthiness. If you want to brush up on specifics, hop to pages 18–19 of Google’s User Content Guidelines.

Omar Ahmed, the SEO Channel Leader at HealthEngine, shared the specific methods his team put in to practice after the update;“While we haven’t lost much ground, we have noticed competitors that cater specifically to a vertical eg. dentistry, making huge strides in terms of rankings and gaining faster organic share than they previously did during the first Broad Core update on March 1st. As a result, we have increased our focus towards optimizing individual sections of our marketplace that cater especially to each specialty we want to rank for, eg.’dentists’ or ‘physiotherapists.’ It’s almost like creating smaller websites within the larger platform with tailored experiences for niche audiences and making everything even more relevant and targeted.”

While drops in ranking and traffic can be difficult to swallow, if your health-based site is providing authoritative and trustworthy content, you’ll see better results.